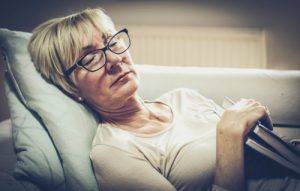 Some of the most common symptoms of menopause that can also be signs of sleep disorders may include:

Other symptoms of sleep apnea may be dismissed as being the effects of growing older. Loud snoring or other pauses in breathing while sleeping are some of the most common signs of sleep apnea and deserve to be examined more closely.

Women who are dealing with signs of menopause that could also be symptoms of sleep apnea should contact Silent Night Therapy for help. Dr. Clifford Brown has been helping New York residents with sleep apnea since the 1970s and is a member of The American Academy of Dental Sleep Medicine (AADSM) and The Academy of Clinical Sleep Disorder Disciplines who is trained in Dental Sleep Medicine and Oral Appliance Therapy.

We work with most insurance companies so clients can avoid paying most out of pocket expenses. We can talk about how our team can help you when you call (631) 983-2463 or contact us online.