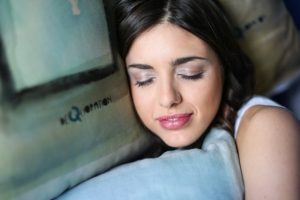 Did you know that the amount and quality of your sleep could help you prevent or delay Alzheimer’s disease? The connection between not getting enough sleep and developing Alzheimer’s disease has been noted by researchers across the country and is gaining traction as scientists make headway into understanding the brain chemistry associated with Alzheimer’s.

Alzheimer’s disease is a serious condition that worsens over time and causes the loss of memory and other bodily functions. Approximately 5.4 million Americans suffer from Alzheimer’s disease. This statistic means that one in nine Americans aged 65 and older are afflicted with this debilitating disease.

Some of the main signs that you or a loved one may be developing Alzheimer’s include:

Alzheimer’s is the sixth leading cause of death in America, and according to the Alzheimer’s Association, about 200,000 Americans under the age of 65 also suffer from early-onset Alzheimer’s, making these warning signs even more important to understand.

Amid this grim news of such a devastating disease, there is hope in recent research that has made breakthroughs in understanding Alzheimer’s and how to possibly prevent it. One of the easiest but perhaps most important steps you can take is by consistently getting a good night’s sleep.

How Sleep Is Linked to Alzheimer’s

At Silent Night Therapy, our dedicated team of sleep experts can help you address any issues you may have that are preventing you from the good night’s rest you deserve. In our hectic society of ever-present technology, sleep can be more elusive than ever. Thanks to recent research, though, we know that sleep is not a luxury but a necessity for optimum health. Call us today at (631) 983-2463 to start getting the sleep your body needs for a long and healthy life.