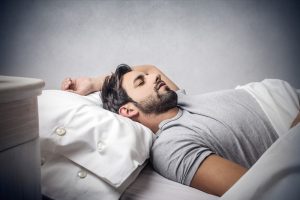 We all require a good night’s rest in order to function each day. It’s vital to our general mood, function, and health. Oddly enough considering how important sleep is, scientists don’t exactly know the biological functions involved which restore our energy and concentration for each new day. Because of this vague understanding of amazing results, sleep has an almost magical quality to it. So whenever your body goes without sleep, it can feel like you’re not functioning. Prolonged sleeplessness can even cause incidents of blackouts throughout one’s day, where the body goes into mandatory periods of sleep regardless of circumstance. Depending on where someone is, these “microsleeps” can have devastating consequences.

The engineers of two separate commuter trains crashed into their stations (one in September of 2016 in New Jersey, and one in January, 2017 in Brooklyn), killing one person and injuring over 200. Both engineers suffered from severe and undiagnosed sleep apnea, according to the story in the New York Daily News. They were Thomas Gallagher employed by NJ Transit and Michael Bakalo from Long Island Rail Road. Apparently, the two engineers were not properly screened for their sleep apnea in their annual medical exam. Swiftly following this tragic incident, the Senate minority leader, Chuck Schumer introduced legislation that made mandatory sleep apnea testing by law. These regulations were suggested by the National Transportation Safety Board in response to the New Jersey crashes.

The Federal Railroad Administration and the Federal Motor Carrier Safety Administration didn’t actually want to push for these regulations calling for mandatory sleep apnea testing. They say that it should be up to the individual transportation companies themselves on whether or not they wish to test their employees for the condition. Metro-North, a railroad in the suburbs of New York City, was one company who did test their engineers, and they found that nearly 12 percent of them had sleep apnea. The refusal to condone the mandatory testing becomes even scarier when ten major railway and highway accidents since 2000 have been linked to sleep apnea. An accident in 2013 led to the deaths of four passengers due to the disorder.

Mandatory testing could only help. The engineers would get better sleep with treatment, the transportation companies don’t have to deal with repairs and PR nightmares, and the people riding their vehicles don’t have to worry about dying. Knowing if you have sleep apnea is the first step towards better sleep. Thankfully there are medical advancements available to help those suffering from the condition get back a restful nights sleep. Silent Night Therapy can both help to diagnose and treat those with sleep apnea. One of the primary treatments for sleep apnea is a CPAP or Continuous Positive Air Pressure machine. This machine puts gives the sleeping patient pressurized air to keep their airways unobstructed.

Everybody deserves a good night sleep, especially if they have to operate heavy machinery in the morning. Those suffering from sleep apnea have plenty of options to increase the amount of sleep they get. Contact the doctors at Silent Night Therapy for more information at (631) 983-2463.