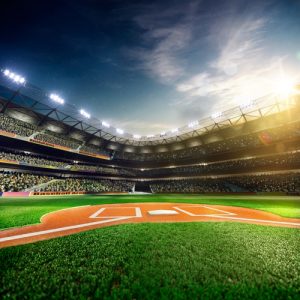 Mike Napoli is a professional baseball player who has played for the Los Angeles Angels of Anaheim, Texas Rangers, Boston Red Sox, and Cleveland Indians over the course of 12 seasons. He was primarily a catcher until 2013 when he became a first baseman and a designated hitter.

As an October 2014 story on the Major League Baseball (MLB) website noted, Napoli had endured a season riddled with minor injuries when he agreed to undergo surgery to correct a sleep apnea problem. In April 2015, Sports Illustrated reported that Napoli, who was 33 years of age at the time of the procedure, had suffered from severe sleep apnea since his early 20s.

According to Sports Illustrated, Dr. Leonard Kaban, Chief of Oral and Maxillofacial Surgery at Massachusetts General Hospital, reconfigure Napoli’s chin, jaw, and sinuses in a seven-hour procedure called maxillomandibular advancement. “I used to wake up 50 or a hundred times a night,” Napoli told Sports Illustrated. “Now I’m actually sleeping. I’m not tired all the time.”

Sports Illustrated reported that Napoli had all of the classic symptoms of a person with severe sleep apnea: continual fatigue, loud snoring, the absence of dreams, and moments in which he would stop breathing. Sports Illustrated noted that people with severe, untreated obstructive sleep apnea have a two- to-threefold higher risk of premature death than those without the condition.

Napoli told Bleacher Report that he was always scared to go to sleep. He said he used to leave the latch on the door to his hotel room open in case paramedics or emergency personnel needed to get in.

“When I played in Texas, I was always tired,” Napoli told Sports Illustrated. “It got to the point where I would come out of games dizzy. I thought it was my blood sugar, and I tried to play through it.”

Sports Illustrated reported that Napoli only got tested for a sleep disorder because he repeatedly nodded off while driving. He was diagnosed with severe obstructive sleep apnea, and was prescribed multiple treatments, including breathing machines, anti-anxiety medication, and mouth guards, but none worked.

When Napoli joined the Red Sox in 2013, Sports Illustrated reported a room inside Fenway Park was set aside for him to rest before games. He finally decided to do something after the 2014 season.

According to Bleacher Report, Napoli’s surgery involved him being in the intensive-care unit for two-and-a-half days and placed on an all-liquid diet for six weeks. Napoli still has plates and screws inside his skull.

Napoli told Bleacher Report that he still does not have any feeling in his lower lip, front teeth, or the roof of his mouth. He was told that could last up to a year, and there is a chance the feeling might never return.

“It’s crazy how I feel,” Napoli told Bleacher Report. “It’s been night and day for me.”

Not all people necessarily require maxillomandibular advancement to address sleep apnea problems. Silent Night Therapy can help you resolve your sleep apnea issues. Let our team see how we can help when you call (631) 983-2463 or contact us online today.