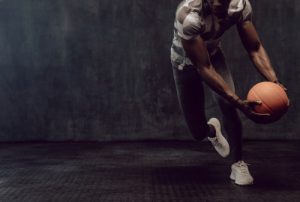 Many people across all walks of life suffer from sleep apnea. People with sleep apnea go through periods in the sleep cycle where they stop breathing, or take extremely shallow breaths.

Not only does sleep apnea affect the quality of sleep you get and your alertness the next day, but it has been linked to a number of health issues including stroke, chronic heart failure, high blood pressure, and other issues.

Sleep apnea sufferers are often surprised to learn that some of their favorite athletes also have dealt with the issue. Fortunately, many athletes are willing to share their stories and raise awareness about this concerning health issue.

Shaquille O’Neal is one of the most well-known athletes in the world. Shaq is open about his struggle with sleep apnea. He met with Harvard sleep specialists and underwent an overnight sleep study to monitor his breathing habits. O’Neal published a video documenting the affair and is an advocate for sleep apnea awareness.

NFL athletes who suffered from sleep apnea include the late Reggie White, who unfortunately passed away prematurely after a battle with the disorder. His death prompted his friend and fellow NFL legend Warren Sapp to seek treatment, and Sapp now raises awareness through the Sleep Apnea Prevention project.

Studies have suggested that a significant number of NFL players have at least a minor form of sleep apnea. Baltimore Ravens player Ryan Jensen says in an interview on ABC News that being diagnosed with sleep apnea “…saved my career.”

Many athletes (and particularly NFL players) have larger necks than the average person. This is often due to weightlifting and carrying the size and mass that is needed to perform on the field. According to the National Institutes of Health, having a thicker neck can contribute to the thickening of one’s windpipe. A thicker windpipe means that it’s harder for air to pass through, even when the muscles are relaxed and especially when the person is asleep. This might explain why sleep apnea is so prevalent in football players.

Even if you’re not an elite athlete, there are solutions for sleep apnea that can greatly improve your sleep and your overall health. Contact Dr. Brown and the OSA team at (631) 983-2463 to schedule an appointment to address your sleep apnea concerns today.