The Importance of Sleep for Your Health 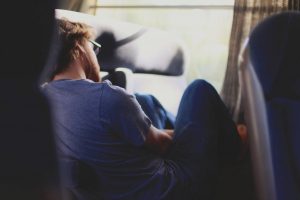 Are you a four-hours-and-a-pot-of-coffee-makes-me-all-good kind of sleeper? Or do you go to bed at a decent hour and toss and turn – or even get up for an hour or two – all night? Are you an “I-have-to-read-that text, tweet, or post right now!” kind of sleeper, with your sleep interrupted all night long? Or do you have to have at least nine hours of sleep to be able to function the next day?

No matter which one of these kinds of sleepers you are, it’s important to understand that good sleep and good health are related. New and more extensive research into the effects of sleep on health is revealing just how significantly our bodies are affected by how long we sleep and the quality of that sleep.

Sleep deprivation is a chronic problem in the western world. As soon as the Industrial Revolution enabled us to figure how to keep the lights on 24 hours a day and then gave us the bright idea of having people up and awake to work somewhere in that 24-hour period, our sleep habits and our sleep quality, especially in the United States, began to suffer. The “Technological Revolution” has just intensified the problem for many of us.

Sleep deprivation causes us to make mental errors in judgment. Some might be comparatively minor, such as locking in the keys in the car with the car running. Other mental mistakes in judgment are not so trivial: traffic accidents, industrial accidents, and medical errors that lead to disability or death.

The long-term effects of sleep deprivation are frightening. During sustained, quality sleep, work is going on in the brain to sweep out toxic proteins. This is the only time that our minds are sufficiently enough unoccupied for this cleaning to take place.

However, if we’re not getting that sustained and quality level of sleep, the toxic proteins don’t get removed. Instead, they gradually accumulate in the brain over decades. What toxic proteins do is kill healthy brain cells. Depending on the type of toxic protein, this cellular death may occur over the whole brain’s structure, or it may happen in a specific area of the brain.

However, when enough of these toxic proteins have accumulated in the brain, and enough cells have died, cognition becomes impaired and the active phase of dementia, whether it’s due to Lewy Body proteins, which is what the comedian Robin Williams had, or tau and beta-amyloid proteins, which cause the brain to shrink in size unilaterally, has begun.

You need to sleep well. At Silent Night Therapy, we are committed to ensuring that you get the best sleep of your life. No matter what’s keeping you awake at night, our team is committed to helping you consistently get a better night’s sleep. Call us for an appointment today at (631) 983-2463. Your brain’s health depends on it. Your life may depend on it too.

Was Sleep Apnea a Contributing Factor in Justice Scalia’s Death? 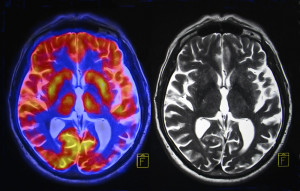 As a dentist who operates a practice dedicated to helping patients treat sleep apnea, the fact that an unplugged CPAP machine was found in Justice Scalia’s hotel room the morning he died is intriguing.

While the dust has settled a bit and the political pundits in Washington are arguing over who should nominate the next Supreme Court Justice, what we’re really left to ponder: was Justice Scalia’s sleep apnea a contributing factor in his death?

We’re not writing this to stir up any conspiracy theories; far from it. After all, it’s well documented that Justice Scalia suffered from a variety of heart and blood pressure related health issues. So a 79-year-old man dying in his sleep with his medical history isn’t that uncommon.

In actuality, there’s no way for us to know at this point whether sleep apnea played a direct role in Justice Scalia’s death or not, but it is important that individuals who suffer from sleep apnea (whether diagnosed or undiagnosed) understand the risks associated with not following their treatment protocol.

Why we recommend oral appliance therapy for sleep apnea sufferers

Oral appliance therapy and CPAP are both effective ways to treat sleep apnea, but Justice Scalia’s unplugged CPAP machine raises a common issue with that form of treatment— patient compliance.

In order for either oral appliance therapy or CPAP to work correctly, a patient must comply with all facets of their treatment protocol. With CPAP, this involves sleeping with a loud, bulky machine at night. With an oral appliance from our dental office however, it simply involves wearing a device to bed each night that fits much like a mouthguard.

Unless you have clearance from your doctor or medical professional, it’s important that you comply 100% with your treatment protocol, as just a few nights of untreated sleep apnea can increase your heart rate and blood pressure, and cause you to wake up gasping for air in the middle of the night.

If you’re traveling, an oral appliance is much easier to take with you than a CPAP machine, which is yet another reason many patients prefer a dental appliance to CPAP. 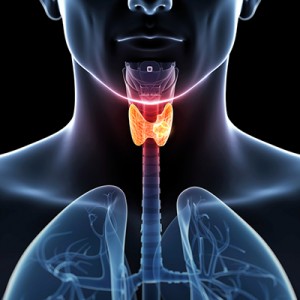 Obstructive sleep apnea (OSA) is much more serious than just loud snoring; you actually stop breathing while you sleep. This can lead to a variety of short-term and long-term side effects, many of which can be prevented by effective sleep apnea treatment.

Maybe you’ve considered treatment before, but didn’t want to wear a bulky CPAP mask along with a loud machine. Luckily for you, there’s a better alternative, and it’s available right here at our offices (Great South Bay and Gateway Plaza). If you’re anywhere on the South Shore of Long Island and would like to discuss your sleep apnea treatment options, give our office a call today or contact us here to schedule your appointment.

Is There a Link Between Sleep Apnea and Cognitive Decline?

We’ve all woken up feeling groggy, as if we didn’t get quite enough sleep. When this happens (especially multiple nights in a row), you feel it. Things aren’t the same. It’s as if your thinking is one or two steps behind.

For millions of people in the United States and around the world, this problem is far more serious than losing a few hours of sleep. It’s due to an underlying condition known as obstructive sleep apnea.

While a classic sign of sleep apnea is snoring, it’s about much more than just that. In fact, in a study conducted by New York University researchers published in Neurology, sleep apnea sufferers may experience mild cognitive impairment (MCI) up to 10 years earlier than those who do not suffer from apnea.

In addition, the study also suggests that individuals who suffer from sleep apnea may develop Alzheimer’s disease at an accelerated rate, as much as five years earlier (to read more about the study, click here.

While researchers are still ironing out the specifics, it’s believed that a lack of oxygen and consistent cessations in breathing contribute to an accelerated mental decline over a prolonged period of time.

Dr. Osorio, the lead researcher conducting the NYU study, was careful to note that these findings were part of an observational study and do not yet indicate a cause and effect relationship. However, the correlation between sleep apnea and cognitive decline is interesting and will garner further study.

What can you do about your sleep apnea and cognitive impairment? 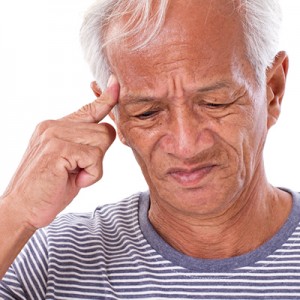 If you feel that you may be suffering from sleep apnea, or think you may be experiencing a decline in your cognitive abilities, it’s time to see a doctor.

Treatment for obstructive sleep apnea typically involves either a CPAP (continuous positive airway pressure) device or an oral appliance. Both are effective for treating sleep apnea, but many people now prefer an oral appliance like the ones provided at our
dental practice.

The CPAP machine is loud, cumbersome, and patient compliance is often a major issue. This is why many individuals who suffer from sleep apnea are now looking to easier, more efficient alternatives such as an oral device.

How does an oral appliance help with the treatment of sleep apnea?

While we use a variety of oral appliances depending on each patient’s needs, the general principle behind treatment of obstructive sleep apnea with a dental or oral appliance therapy involves positioning the jaw forward to maintain an open airway.

The device is worn much like a mouthguard or retainer, and for many patients with mild to moderate sleep apnea this decreases the frequency of apnea episodes.

Is oral appliance therapy right for me?

Cognitive impairment due to sleep apnea is a serious medical concern and it shouldn’t be taken lightly.

If you believe you are suffering from sleep apnea, then we encourage you to contact us today to schedule your at-home sleep apnea test. These tests are fast, accurate, and best of all, you do not have to spend a night in a hospital or a medical facility for a sleep study.

If you do have mild to moderate sleep apnea, then Dr. Brown will talk with you to discuss your options in regards to oral appliance therapy. If you live in or around the Babylon or Patchogue area don’t hesitate to call us. We’re here to help!