Among an already large number of causes of Obstructive Sleep Apnea, colder weather can be added to the list. In a recent study conducted out of Brazil, links were found between the colder seasons and severity of sleep apnea symptoms. It has generally been known that environmental effects have some influence on sleep apnea, but there was not any definitive evidence until this study was published.

The research was lead by Cristiane Maria Cassol, who found that more sleep-disorder related episodes of obstructed breathing occurred with subjects in the winter months. The data for the study ranged over the span of a decade with more than 7,500 subjects. There is more than one reason for this correlation. The American Lung Association (ALA) states that drier, colder air can irritate air passageways, which leads to a shortness of breath from a constricted airway. Cassol’s team suspected that even the increased amount of burned carbon in the atmosphere, from the wood and coal fireplaces keeping homes warm during the winter, could be the cause. Silent Night Therapy recommends sleeping with a specialty made sleep apnea mouth guard to ensure that one’s teeth don’t deprive the lungs of oxygen. The Brazil study found that on average subjects suffered from roughly 15 breathless breaks in sleep during the summer months. In the winter months, this average bumped up to 18 breaks in normal sleep with many subjects experiencing a staggering 30 breathless breaks in their sleep. Out of all the subjects, 34% said that they had severe apnea in the winter where 28% reported severe apnea in the summer. Since the winter cold can weaken immune systems, the study didn’t rule out the fact that winter allergies and colds could have played a role in the increased severe apnea.

It is important to know that there are methods in place that help those with sleep apnea. CPAP machines are an amazing testament to modern medicine and were developed by Dr. Collin Sullivan back in 1980. Not everyone can afford them, however, so thousands suffer from sleep apnea without this medical assistance. The ALA recommends wearing a scarf around the neck and mouth area when experiencing colder weather. This helps warm the airways and reduces the irritation of dry air.

Sleep is vital for daily cognitive function and is the foundation for healthy living. Sleep should never be compromised or left to chance. If you or someone you know suffers from obstructive sleep apnea, make sure their CPAP machines are ready for the winter.

OSA and Driving – What Could Happen? 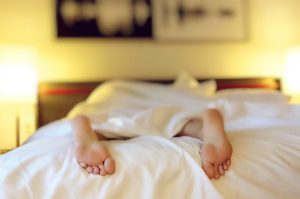 Most people understand that driving while tired is not a good plan. You have slower reaction times, reduced attention span, and, if you actually fall asleep at the wheel, your chances of crashing become exceedingly high. However, among all the other forms of distracted or reckless driving behaviors, drowsy driving is one of the least discussed and prevented. According to the National Sleep Foundation, 168 million people admit to driving while drowsy and 103 million people admit to falling asleep at the wheel. Police reports estimate that 100,000 car accidents are caused by drowsy drivers each year. These statistics are shocking and indicate a serious problem across the country that is very difficult to address. Even if you try to get an adequate amount of sleep each night so that you can drive well-rested the next day, this effort may not be enough if you are suffering from obstructive sleep apnea (OSA).

The OSA team at Silent Night Therapy understands the damaging effects that obstructive sleep apnea can have on your life. That is why they are dedicated to diagnosing and treating individuals in the New York area, who struggle with sleep apnea or other sleep disorders. They are ready to help you get a better night’s sleep so that you can stay safe while driving and increase your overall quality of life.

When you are suffering from OSA, you are unable to get a restful night’s sleep due to disordered breathing. This condition causes your breathing to become shallow or even stop while you are asleep, and may occur multiple times throughout the night. OSA does not only disrupt your sleep but if left untreated it can prevent oxygen from reaching your organs or cause an irregular heartbeat. Typically, those suffering from OSA do not remember their irregular breathing but suffer from symptoms such as:

OSA may make it difficult for you to complete daily tasks, such as driving, because you are unable to sleep enough or sleep well each night. If you are unaware that you have sleep apnea, it is more likely that you are driving drowsy and may fall asleep at the wheel. This puts both you and your loved ones at risk while you are on the road.

If you or a loved or believe you are suffering from obstructive sleep apnea, a consultation with a sleep therapist can help. Dr. Clifford Brown at Silent Night Therapy is prepared to help you understand and treat sleep disordered breathing. He specializes in dental sleep medicine and oral appliance therapy and is ready to find the right solution for you. To learn more about OSA or to set up an appointment, call Silent Night Therapy at (631) 983-2463, today.

Sleep apnea affects people from all walks of life 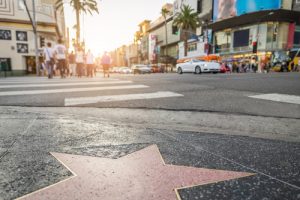 Obstructive sleep apnea (OSA) can affect anyone. While some people are more at risk for developing the condition, like those who have a family history of OSA or are overweight, anyone from any walk of life can be affected by sleep apnea. Many people do not know just how common sleep apnea is, and therefore are unaware of the risks that come along with the condition. Men are more frequently affected by OSA, with 25% of middle-aged men suffering from the disorder. On the other hand, 9% of middle-aged women have been diagnosed with sleep apnea. Because OSA affects us while we sleep, it is common for the disorder to go untreated. When sleep apnea is not properly addressed by a medical professional, the effects can be incredibly harmful. Many celebrities who suffer with obstructive sleep apnea have spoken out about their struggles with the disorder in order to bring awareness. Shaquille O’Neal, Regis Philbin, Rosie O’Donnell, William Shatner, Quincy Jones, Reggie White, Roseanne Barr, Jerry Garcia, and Randy Jackson are among the list of stars who have been opened up about their experiences with OSA.

Obstructive sleep apnea is a condition in which a person’s throat muscles relax while they are sleeping and causes the airway to close. When air cannot flow properly, breathing becomes inadequate and the body does not receive the oxygen it needs. Symptoms of the disorder include loud snoring, daytime sleepiness, waking up abruptly with a gasp, nighttime sweating, waking up with a dry mouth or a sore throat, and morning headaches. If sleep apnea is not addressed, those with the disorder are at risk for cardiovascular problems, eye problems, and medication and surgery complications.

Sleep apnea can also be very dangerous for those who use drugs. Carrie Fisher, the famed Star Wars actress, passed away in December of 2016, partially as a result of sleep apnea. OSA, along with an existing heart condition and drug use, caused Fisher to suffer a heart attack on a flight on December 23, and she sadly passed four days later.

Obstructive sleep apnea should never be ignored. When OSA goes untreated, the results can be very serious. If you are suffering from sleep apnea, do not hesitate to contact the team at Silent Night Therapy. Our trained professionals are here to help you. Contact us today by calling us at (631) 983-2463. 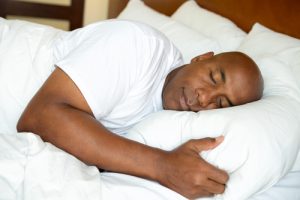 A new study has found that people with obstructive sleep apnea (OSA) may be at a greater risk of developing an irregular heartbeat, a condition known as atrial fibrillation. Dr. Tetyana Kendzerska, Ph.D., of the University of Ottawa in Canada, was the lead author in this study, and conducted her research with many colleagues by analyzing medical records of more than 8,000 people. Kendzerska and her team presented their findings earlier this month at the American Thoracic Society Conference 2017 in Washington, D.C.

Studies in the past have shown that obstructive sleep apnea patients are more likely to have high blood pressure, which puts them at a greater risk of developing heart disease and cardiovascular conditions. The study conducted by Dr. Kendzerska, however, has found that patients with OSA run a higher risk of developing atrial fibrillation, independent of high blood pressure risks. Atrial fibrillation, commonly referred to as A-fib, is characterized by an irregular, typically rapid heartbeat. A-fib increase a person’s risk of heart failure, stroke, and many other complications.

While Dr. Kendzerska and her research team were unable to provide a description of the exact mechanisms that create the link between OSA and the increased risk of atrial fibrillation, their study still provides OSA patients with very important information. More than 22 million people in the United States struggle with sleep apnea, with the majority affected by obstructive sleep apnea. OSA is a condition in which a partial or complete blockage in the upper airway causes a person’s breathing to pause during sleep. Kendzerska’s study has given a clear warning to the millions of people affected by OSA about their heightened risk of developing an irregular heartbeat, and the dangers that come along with the condition.

If you have been diagnosed with obstructive sleep apnea, or think you may be experiencing symptoms of the condition, do not hesitate to contact the practitioners at Silent Night Therapy. OSA can lead to many other health conditions, including an irregular heartbeat, so it wise to have a professional examine your symptoms and provide you with the proper treatment. Our team is prepared to help you conquer your sleep apnea. Contact our offices today by calling (631) 983-2463.