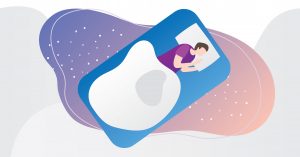 SleepApnea.org, the website of the American Sleep Apnea Association, recently reported that nocturia (otherwise knowns as nighttime urination) has become so prevalent in sleep apnea patients that it is just as significant of a screening tool as snoring. One research study found that more than 84 percent of patients with sleep apnea reported frequent nighttime urination, although 82 percent reported snoring.

For most people, it is normal to wake from sleep for one or two trips to the restroom. Patients with untreated sleep apnea, however, were reporting up to six trips to the bathroom a night.

On April 27, 2000, the University of Alabama at Birmingham (UAB) announced that a breakthrough study found that sleep apnea is the root cause of nocturia. Mary Umlauf, Ph.D., associate professor of nursing at UAB and lead investigator of the study, noted that many people with nocturia were more likely to report their problems to a gynecologist or urologist instead of a sleep clinician.

The study was funded by the National Institute for Nursing Research and examined the sleep and nighttime urine production of 30 adults between 50 years of age and 91 years of age. Preliminary findings of that study were published in the December 1999 issue of Ostomy/Wound Management and the 1999 supplement to the journal Sleep.

Umlauf explained that sleep apnea causes nocturia because oxygen decreases and carbon dioxide increases, causing the blood to become more acidic and the heart rate to drop while blood vessels in the lungs constrict, A person needs to awaken enough to reopen the airway and often experiences a false signal of fluid overload in which the heart will excrete a hormone-like protein telling the body to get rid of sodium and water.

If you are dealing with possible nocturia issues relating to constant trips to the bathroom in the middle of the night, you should strongly consider being tested to see if you suffer from sleep apnea. Sleep apnea is a serious problem requiring immediate treatment because it can be fatal if left untreated.

Silent Night Therapy has helped scores of people with all kinds of sleep apnea issues. You can have us explain all of your options more fully when you call (631) 983-2463 or contact us online today.