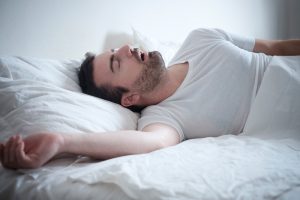 During a sleep apnea episode, a person suddenly stops breathing. When the oxygen level dips, a person starts breathing in a way that causes loud snoring. A person will suddenly gasp or gulp in air as quickly as possible. Because of this phenomenon, an individual may develop a habit of breathing with the mouth open to accommodate the need for more oxygen.

Studies have found that breathing through the mouth makes obstructive sleep apnea (OSA) worse. Many doctors will prescribe oral appliances since mouth breathing is so prevalent in sleep apnea patients.

If you are naturally a mouth breather, here are a few suggestions that will make a difference in your sleep. You must be able to breathe clearly through your nose, so finding out the cause of nasal congestion is helpful. Reduce potential allergens such as dander, dust, or dairy foods. Ensure that your bedding is clean, so change sheets and pillowcases regularly. Oral appliances, saline rinses, and other measures are also helpful. Regular exercise is essential to reduce obstructive sleep apnea. It is crucial that patients to stop breathing through their mouth, and learn to breathe through the nose since nasal breathing decreases the severity of OSA.

Stopping oral breathing is a crucial step to take for people who are dealing with sleep apnea. If you have more questions about OSA and mouth breathing, consult with the sleep experts at Silent Night Therapy. We can be reached at (631) 983-2463, or reach out to us online for help. 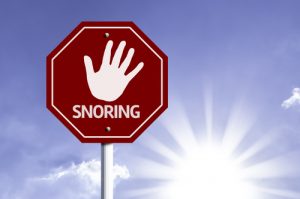 Sleep apnea is a common disorder in which breathing repeatedly stops and starts during sleep. Untreated sleep apnea can lead to serious health complications, such as heart disease and depression. The disorder can also leave you feeling drowsy, increasing your risk of accidents while working or driving.

The three primary types of sleep apnea are:

Sleep apnea can affect people of all ages, although some of the symptoms are different depending on your age.

Common symptoms of sleep apnea include:

Untreated sleep apnea is associated with health risks, so it is critical you consult a doctor if you experience any of the above symptoms.

For milder cases of sleep apnea, your doctor may recommend lifestyle changes, such as quitting smoking or losing weight. If you have allergies, your doctor will probably recommend medication or a nasal spray. If these measures don’t improve your apnea symptoms, a number of other treatments are available for moderate to severe apnea. The most common treatment is the use of continuous positive airway pressure (CPAP), which involves a machine delivering air pressure through a mask while you sleep.

If you recognize any of the symptoms and warning signs mentioned in this article, talk to your doctor as soon as possible. A doctor will probably recommend a sleep study (which can be done from the comfort of your own home) that examines your breathing patterns while you’re asleep. The sooner you identify and begin treating sleep apnea the better. At Silent Night Therapy, we are passionate about helping our neighbors in New York get better sleep. Contact us today at (631) 983-2463 to learn more.