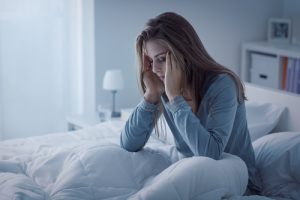 Approximately one out of every three people suffers from irregular sleep at night. There are several side effects of not getting a good night’s sleep, such as feeling sluggish, moody, or unable to focus. However, sleep deprivation can also be the cause of serious diseases and have profound consequences on your health. If you do not get a regular amount of sleep each night, you are facing the risk of developing heart disease, diabetes, depression, and even cancer. All of these following diseases may shorten your life expectancy.

Individuals who suffer from sleep deprivation are more likely to develop heart disease and experience a stroke, irregular heartbeat, or hypertension. Strong evidence suggests that sleep apnea and heart disease are linked. People with sleep apnea can wake up several times a night due to their airways closing once they are asleep. A special medical device called an apnea monitor, or CPAP (continuous positive airway pressure) device may be needed for some people to get a good night’s rest.

Not getting any sleep has been connected to depression. Studies have shown that individuals who slept less than four or five hours a night felt angry, stressed, less optimistic and experienced severe mental exhaustion. Recent research conducted has found that the symptoms of depression decrease once a person’s sleep schedule is restored to a normal amount.

Research has shown that lack of sleep is linked to the development of type 2 diabetes by influencing the way your body processes glucose. Several studies have found that adults who do not get more than five hours of sleep a night have an increased risk of developing or worsening their diabetes.

There may be a possible correlation between cancer and people who work odd shifts, thus depriving themselves of proper sleep. A study conducted by the International Journal of Cancer demonstrated that women who worked night shifts had a chance of developing breast cancer at a 30% higher rate than women that worked regular shifts. Men who worked overnights shifts had a high rate of getting prostate cancer.

The amount of sleep that you need depends on your age. Children generally need between 9-11 hours of sleep, while adults should be getting 7-9 hours of sleep a night on average. If you are experiencing sleep deprivation, the dedicated professionals at Silent Night Therapy can help you. Contact us at (631) 983-2463 for an appointment today.

What are the Different Types of Sleep Apnea? 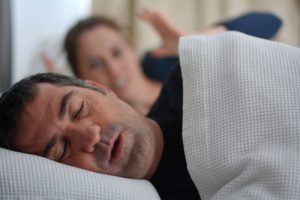 Sleep apnea affects more than 18 million people in the United States and is defined as abnormal breathing that happens while an individual is asleep. Sleep apnea is more common with men than women, particularly in Hispanic and African American populations. Other risk factors include being obese and over the age of 40, although sleep apnea can occur in individuals of any age, including children.

Despite widespread awareness of this disease, there are people who still remain undiagnosed and unaware that they have this severe condition. If left untreated, sleep apnea is linked to serious health issues, such as high blood pressure, depression, stroke, obesity, cancer, and even diabetes.

There are three main types of sleep apnea, which include:

Major symptoms of sleep apnea can include loud snoring, dry mouth, headaches, and sleepiness during the day, waking up consistently during the night, and other symptoms.
If you think you have sleep apnea, participating in a sleep study in a lab or at home can show the cause of your sleep disruption. Sleep apnea can be effectively diagnosed, and there are many effective treatment options available. Contact Silent Night Therapy by calling us at 631-983-2463 for more information about treatments.